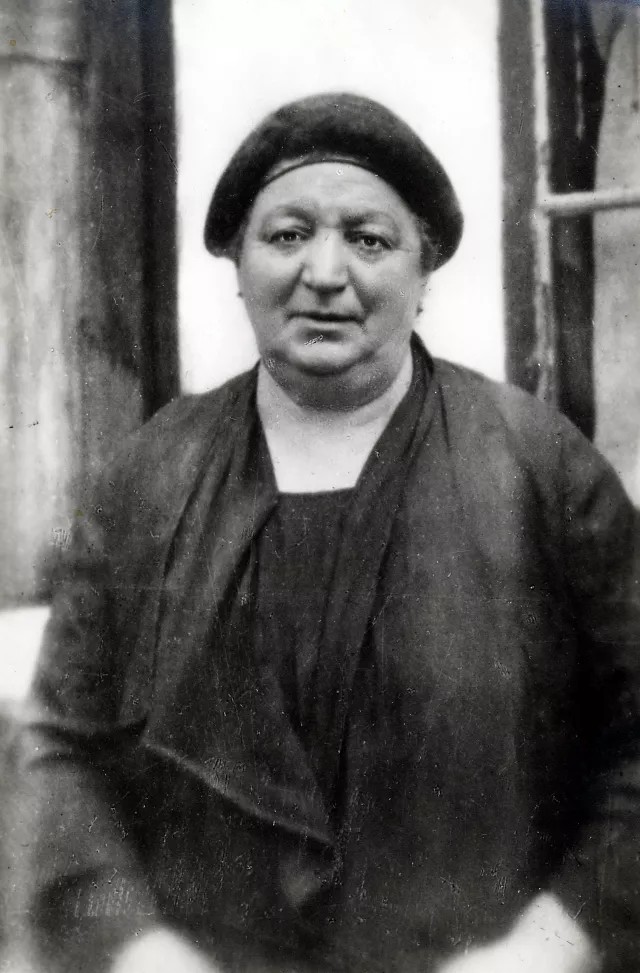 This is a picture of my paternal grandfather Josef Schischa's second wife, Anna Schischa [nee Guenser], my father's stepmother. The photo was taken in Vienna in the 1930s.

My grandmother's name was Karoline Schischa [nee Gerstl]. I don't know where she was born. My grandfather and her had four children: Paula, my father Wilhelm, Helene and Adolf. My grandmother died in 1894 when my father was eleven years old. I don't know what she died of. My grandfather got married again after her death. My second grandmother came from Lackenbach in Burgenland province. They had four children: Ludwig, Richard, Malwine and Erna.

Grandma Anna, my father's stepmother, lived in Neunkirchen and we often visited her on Sunday because Neunkirchen isn't far from Wiener Neustadt. She was a very warm-hearted person and raised four adopted and four of her own children. She was always nice to us, her grandchildren, and sent us home-made hamantashen for Purim.

Grandma Anna lived with her son-in-law, Dr. Siegbert Pincus, and his mother, Ida Pincus, in Neutorgasse in the city's 1st district. They and my parents were deported from there to Opole ghetto on 26th February 1941. Siegbert and my granny were murdered. [Anna Schischa and Siegbert Pincus were deported to Minsk from Vienna on 28th November 1941 and murdered there. Source: DOW data bank.]
.