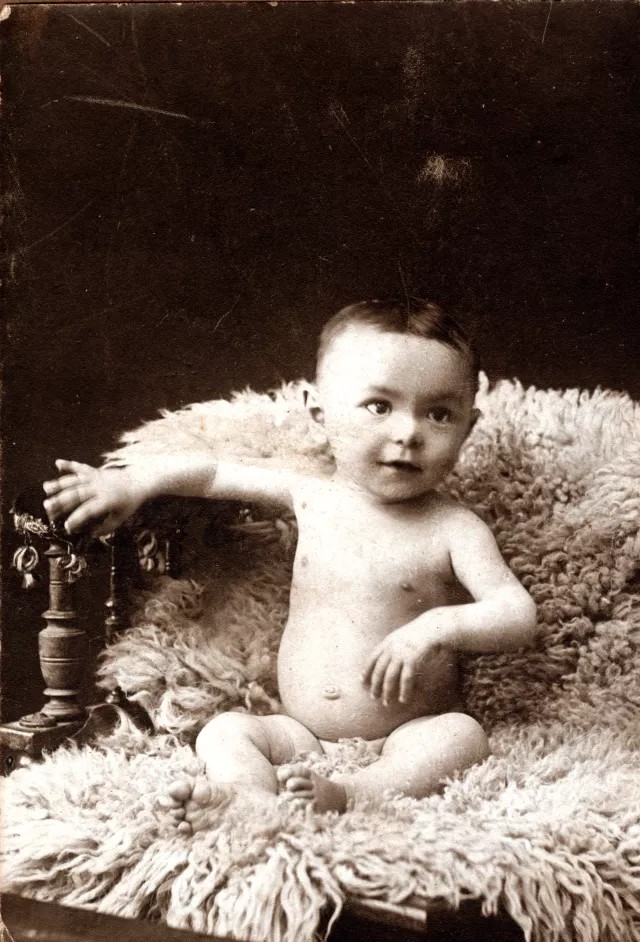 Year when photo was taken
1915
Photo taken in
Nis
Country name today
Serbia
Country name at time of photo
Serbia, pre 1918
This is my cousin, Mile Kalef, when he was ten months old. On the back it says it is Moric Jakov Kalef but I always knew him as Mile. The photo was taken in Nis in 1915. Mile was the son of Jakov and Lenka Kalef (nee Almozlino). They lived close to us. In 1941 they took away some of my relatives before they came to us and told us to leave: for instance, David and Mile Kalef, Lenka's sons. David and Mile Kalef were picked up for these actions to clean the destruction from the bombing of Belgrade on 6th April. At one point they came home and then after that they never appeared again. I don't know what they talked about when they came home. We were already hidden. Mother told us that for some time they still came. David and Mile's mother, Lenka Kalef, poor woman, even went to the construction sites where they were cleaning and sometimes brought them some food to eat, until they took her away too. The whole family perished in the Holocaust.
Open this page