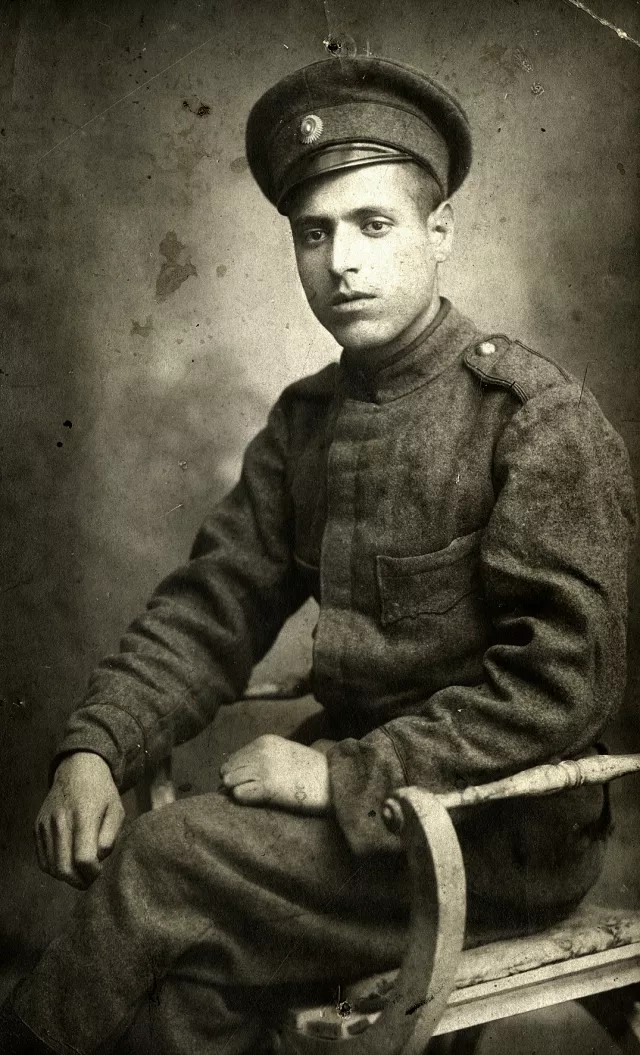 Photo taken in
Sofia
Decade
1910
Country name today
Bulgaria
Country name at time of photo
Bulgaria, 1878-1945
This is my father Haim Iakov as a regular soldier in the Bulgarian army. The picture was taken in Sofia in the 1910s. I think my father had fought in all the wars [Balkan wars and WWI]. He was captured by the Italians during one of them. He often told us stories. He was very witty and amusing, always telling jokes. His elder brother, Iakov Isak, a pharmacist, was a military officer while my father was a simple soldier in the same army detachment. My father always tried to get away, and once he caused a great havoc. One day at firing practice they were given blank cartridges. Somehow my father found a live one. When the practice began, the sergeant major immediately realized from the sound that somebody had used a ball cartridge. They checked, and found out that it had been my father. He was punished and brought to the officer for the joke. My father told us that when Uncle Iakov saw him, he hit him so hard that one of his boots remained between my father's legs. But that was my father - 'zulumdjia' [a troublemaker].
Open this page