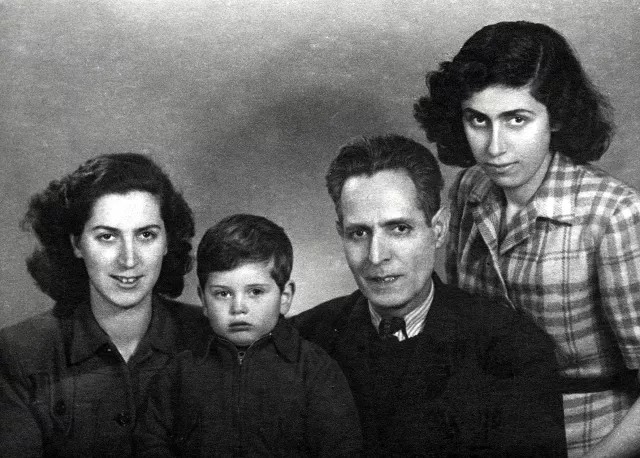 Liberated from
Internment
Kiustendil
This is my family in Sofia after WWII (in 1948) and after my mother's death: me on the right, my father, Ester's elder son Nichko, and my sister Ester. The most difficult thing for us after the war was to find a house in Sofia. The one we lived in before the internment had been given to other people. Iosif Kamhi's family gave us a room on Vladaiska Street. We lived in that room for quite a long time. I graduated from high school in Sofia after the war. During the internment in Kiustendil I tried several times, but I wasn't allowed to study. In 1948 I began studying medicine and I graduated in 1953. First I worked in Krainitsi village. I wasn't married at that time. My husband was a soldier, as they took him after he had graduated law. For three-four years I worked in Pernik and after that in Sofia. I was a doctor until my retirement. During the last three years I worked at the Ministry of Health. I was responsible for the instruction of college medical specialists.
Open this page