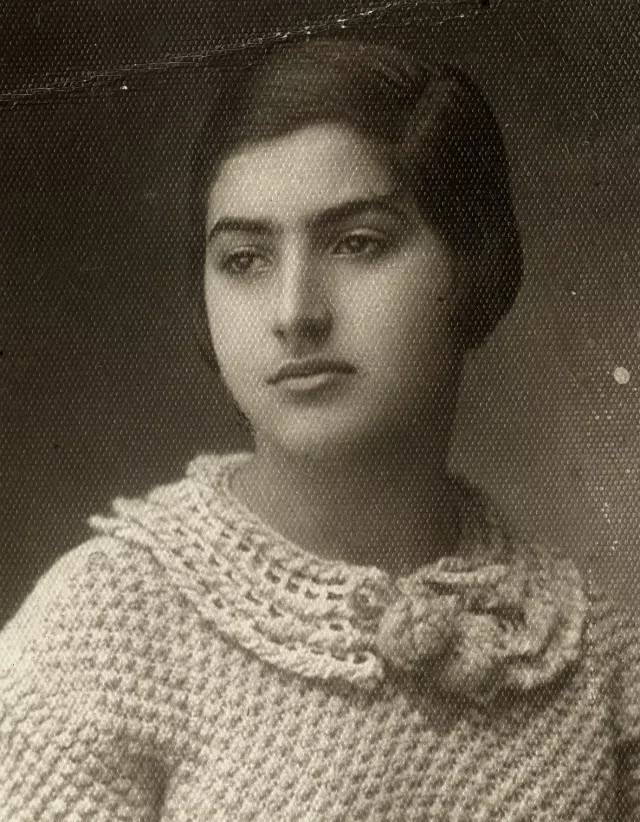 Year when photo was taken
1933
Photo taken in
Sofia
Country name today
Bulgaria
Country name at time of photo
Bulgaria, 1878-1945
This is my eldest sister Klara Levi. The photo was taken in Sofia in 1933. Klara is 9 years older than me. She started working in a tailor's atelier as soon as she finished the 4th grade, at the age of only 11 or 12. She was already a grown-up girl. She spent her money on clothes, saved some for home and bought me presents also. On 24th May I had to be the color-bearer of the school. I was very happy - it was such a great honor; but I had to wear a uniform - a navy one, with white gloves. My parents couldn't buy it from anywhere. I started crying about not being able to go to the ceremony. And then one day Klara brought me a pair of beautiful white gloves. She had bought them especially for me! We borrowed the rest of the costume. When we received orders for internment in 1941 my eldest sister, Klara, was about to be married and she had prepared a dowry for herself. But it had to be sold with the rest of our house and household goods. We took everything out to front of the house and the neighbors and other people bought it. We were only left with a few bundles. She and her daughter were interned with us in Vidin, then in Kiustendil. Klara moved to Israel with her family in 1948 because she didn't approve of the communist regime. We, under my other sister Ester's influence (who was a communist), stayed here to build up the new Bulgaria. At first we had difficulties in contacting our relatives in Israel, as it happened through letters. Now it is much easier via telephone, and we communicate almost every day.
Open this page