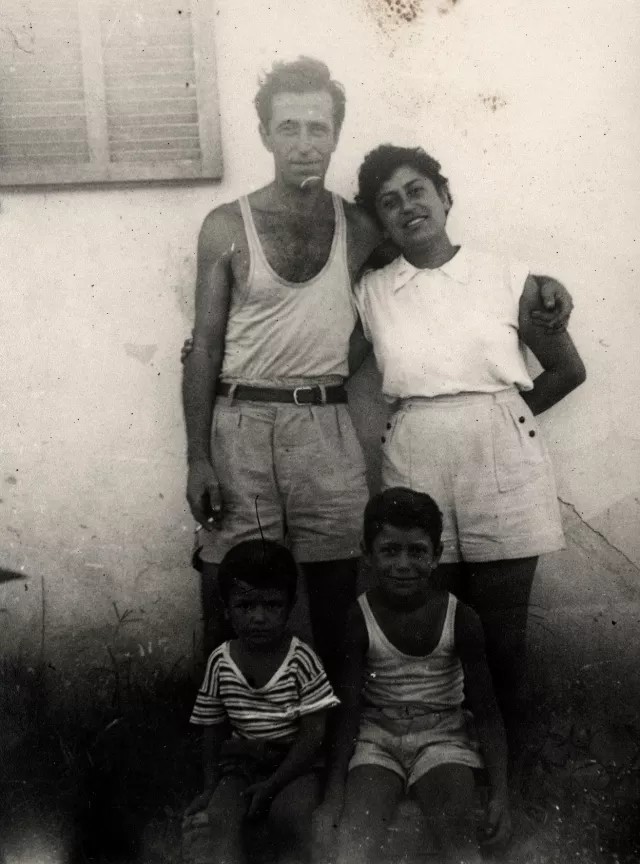 Year when photo was taken
1956
Photo taken in
Batsrah
Country name today
Israel
Country name at time of photo
Israel
Woman on the right
This is my cousin Sara, the daughter of my father's eldest brother, Iakov, the officer. Sara is pictured with her husband and two sons. The photo was taken in Batsrah, Israel, in 1956. Her husband died tragically in a car accident on his way back from a wedding. She was widowed, alone with the kids. One of her sons became a doctor. She visited us last year. My sister Klara moved to Israel in 1948 because she didn't approve of the communist regime. We, under Ester's influence, stayed here to build up the new Bulgaria. At first we had difficulties in contacting our relatives in Israel, as it happened through letters. Now it is much easier via telephone, and we communicate almost every day. The first time I went to Israel was in 1959. I was so happy. My sister, my brother-in-law as well as my friends also came here, though they had to face many more formalities.
Open this page