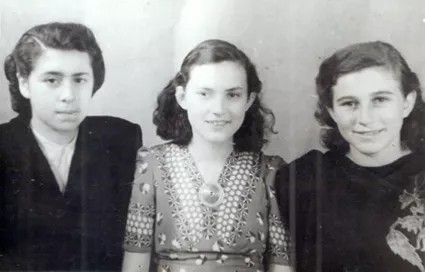 In September 1945 I went to the 6th grade of an Estonian school. At that time there were schools for boys and girls in the Soviet Union. In our school we had classes for boys and classes for girls. We only met at all-school events. I became a pioneer in 1940. All of my classmates were pioneers. Only in exceptional cases children didn’t become pioneers. This was a serious punishment for misbehavior.

I wore my pioneer necktie, when I came to my Estonian school on the first day after we returned from evacuation. I saw that none of the children had his or her pioneer necktie on. I took mine off and put it into my pocket. Estonian children, who hadn’t evacuated from Estonia during the war, had a very different attitude toward the Soviet regime. They were not eager to become pioneers, and there were only a few Komsomol members at school. District party committees obliged school principals to have a certain number of Komsomol members, or otherwise, they were at risk of losing their job for the failure to educate the Soviet schoolchildren according to the best spirit of Soviet traditions. They might even have been subject to resettlement, considering the circumstances. Children joined the Komsomol in the 7th grade.

I was a decent student and behaved appropriately. Therefore, it was quite a surprise for me, when the principal of our school approached me during an interval and told me to follow him to his office. I knew I had done nothing wrong, and didn’t know why he wanted to talk to me. I felt rather ill at ease and felt like a mouse before a lion. The principal sat at his desk, and I sat at its opposite end. For a few minutes he sat looking at me in silence. I was overwhelmed with fear, not knowing what might have happened. After a few minutes of silence he asked whether I wanted to join the Komsomol. I agreed without hesitation. After this fear it never even occurred to me to refuse.

During another break the school Komsomol leader approached me informing me what kind of documents I had to submit and what I had to know for the interview. I couldn’t even understand what he was saying. I only wished the earth could have swallowed me up. I didn’t talk much to boys at all, and there was a boy telling me something… To cut a long story short: I became a Komsomol member.