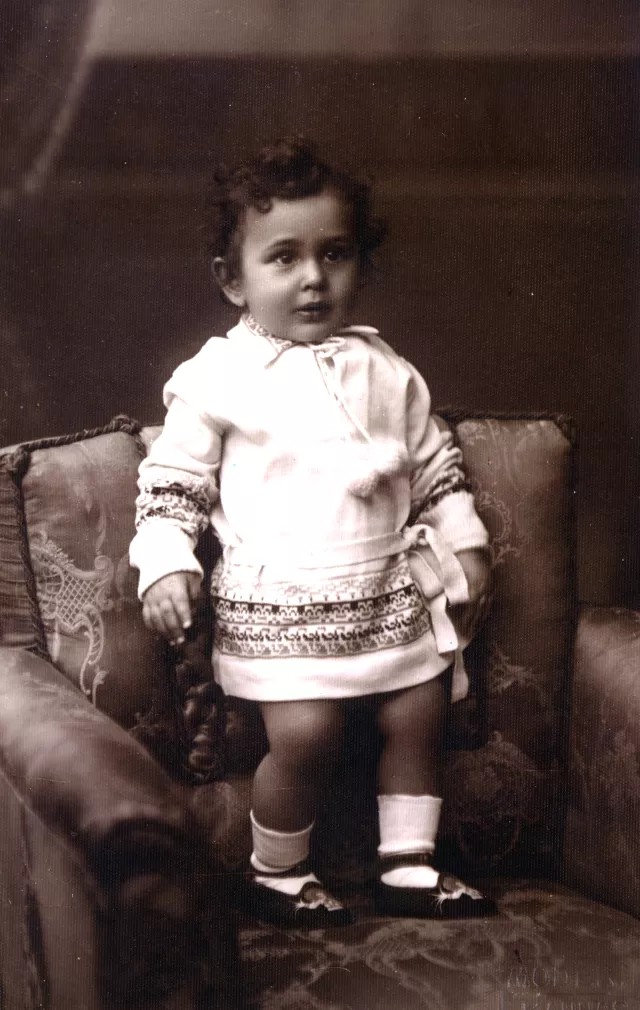 I was born on 31st March 1930. My parents were thinking of giving me the double name of Tobijas-David after my mama's brother, who disappeared during World War I, and after Mama's father. However, the Lithuanian authorities refused to allow the double name, and I was registered as Tobijas. At home my family called me David or Dodik. My surname was registered in the Lithuanian way with the grammatical ending of 'as', and I've lived my life with the surname of Jafetas.

I had a beautiful childhood, and I would wish my grandchildren and great-grandchildren, if I'm lucky to live long enough to see them, to have a happy childhood. Our family was rather wealthy. My father owned two houses. We lived in one, and I can't describe that other house. I don't remember it, but I remember the one we lived in very well. It was a big stone house in the center of Kaunas. It had five rooms and a kitchen. There was a dining room, a living room and a big kitchen on the first floor. There was a beautiful wooden staircase to the second floor. There was also my father's room, where we had to ask permission to come in, my parents' bedroom and the children's room that belonged to Azriel and me. I can't remember our brother Fima. He died when I was just three, but I think he must have slept in this children's room as well. There were two wooden beds with nice covers and a desk where Azriel liked to paint and draw. Azriel demonstrated amazing talents with regards to painting and drawing of houses and structures since he was a young child. There was also a bookstand with our children's books and a wardrobe in this room.