Bertha Jafet with her husband Rafail Jafet and his friend

Bertha Jafet with her husband Rafail Jafet and his friend 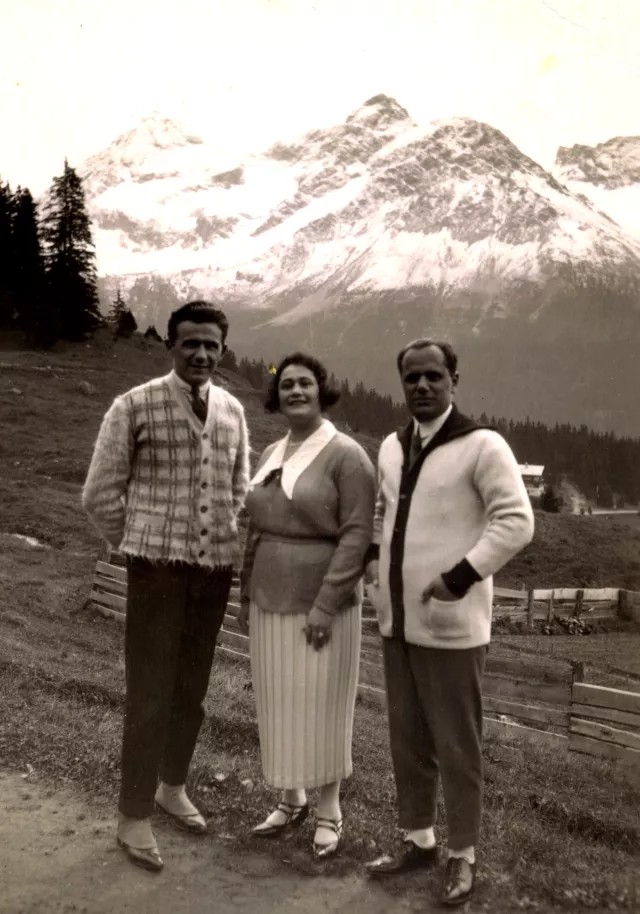 Before WW II
Merchant of Guild I
After WW II
Businessman

From left to right: my father's friend, whose name I don't know, my mother Bertha Jafet and my father Rafail Jafet, on vacation in Switzerland in 1924.

My mother was born in 1893, same year as my father. She didn't work for some time after finishing the gymnasium. She went to Riga from Perm. In Riga she entered the university, but she didn't study there long. Shortly afterward she met my father.

My father finished cheder and went to the Jewish school. He was good at trading since his early years. He started selling pencils, notebooks and other stationery; helping his parents and following his older brother's example. By 1918 he became a merchant of Guild I which gave him the right to reside in capital towns. He lived in Moscow. In the late 1920s my father met my future mother in Riga or in Moscow. This was the gloomy period of the Revolution, destruction and expropriation process, which resulted in poverty at best and at the worst it meant exile and death. Therefore, immediately after they got married - they didn't have a traditional Jewish wedding considering the hardships of this time - my parents moved to Berlin in 1920.

I don't know whether my father managed to take a part of his capital to Berlin, or whether my parents went there having nothing. One thing I know for sure is that in Berlin my father started his own business. Lithuania was devastated at that time. There were no essential goods or products being produced. Taking advantage of this situation, my father opened a small store in a little town near the German and Lithuanian border. My parents were doing well. At least I know that they managed to help their brothers and sisters. However, my parents, particularly Mama, missed their motherland. Since there was no threat of communist repressions, as Lithuania and Latvia became independent bourgeois countries, my parents moved to Kaunas in Lithuania in 1923.

Before WW II
Merchant of Guild I
After WW II
Businessman