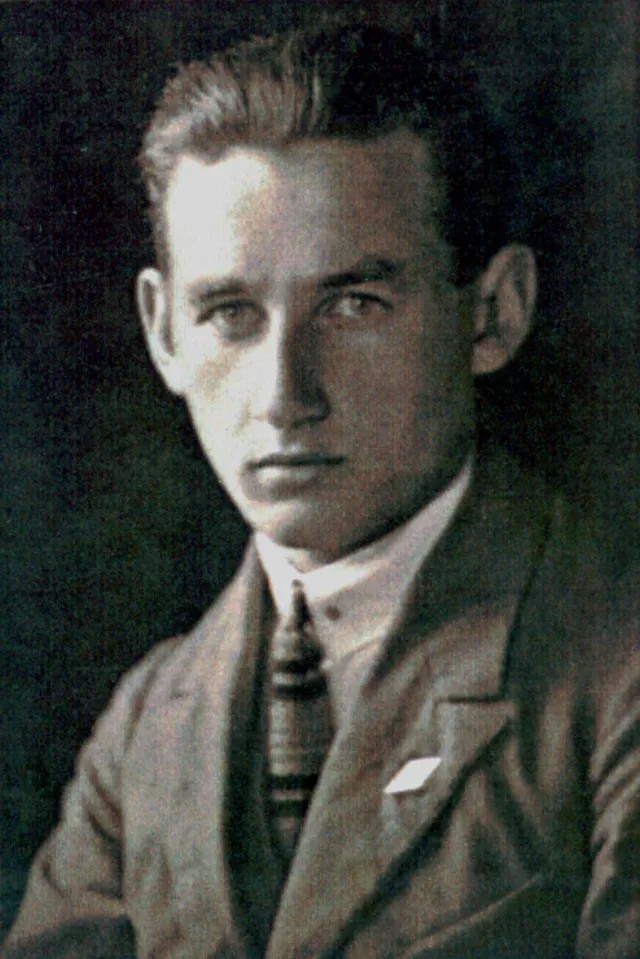 This is my future husband Iosif Perlman, student of the Electric Engineering Department, Riga University. He has a student's badge on the lapel of his jacket. This photo was taken in Riga in 1923.

My husband was born in Saldus, Latvia, in 1901. There were seven children in the family. I don't remember his older brother's name. He moved to Palestine in the late 1910s. Then there were daughters Sofia and Mary, sons Henrich, Benno, Zvi and my future husband Iosif, the youngest in the family. Their family was a religious Jewish family. The boys studied at the cheder till the age of 13, when they had their bar mitzvah. All children finished a gymnasium.

Iosif was regimented to serve in the Latvian army after finishing the gymnasium.  He told me that soldiers lived in barracks, but Jewish soldiers were allowed to go home on Saturday. After the army he entered the Electric Engineering Faculty of  Riga University where he studied radio equipment and telecommunications. In the summer students had training at enterprises. Iosif had his training at the Union radio factory in Riga for two years in a row. The factory produced radios and telephone equipment. Iosif finished the university course, but he never defended his diploma. However, he was a good specialist and had a relevant job.

When the war began, Iosif's family didn’t want to evacuate. Iosif was taken to the Salaspils camp, and some time later he was sent to a work camp where he met my uncle Hershe. Iosif did electric engineering work in the camp: he installed telephone lines, electric wires and radio communications. I know little about this period in his life. The memories were too painful, and he didn't talk much about this period. When Iosif returned to Saldus from the camp, he heard that his family had been killed. He did not want to stay in his empty family house and moved in with my uncle. My husband was well-respected and valued at work.