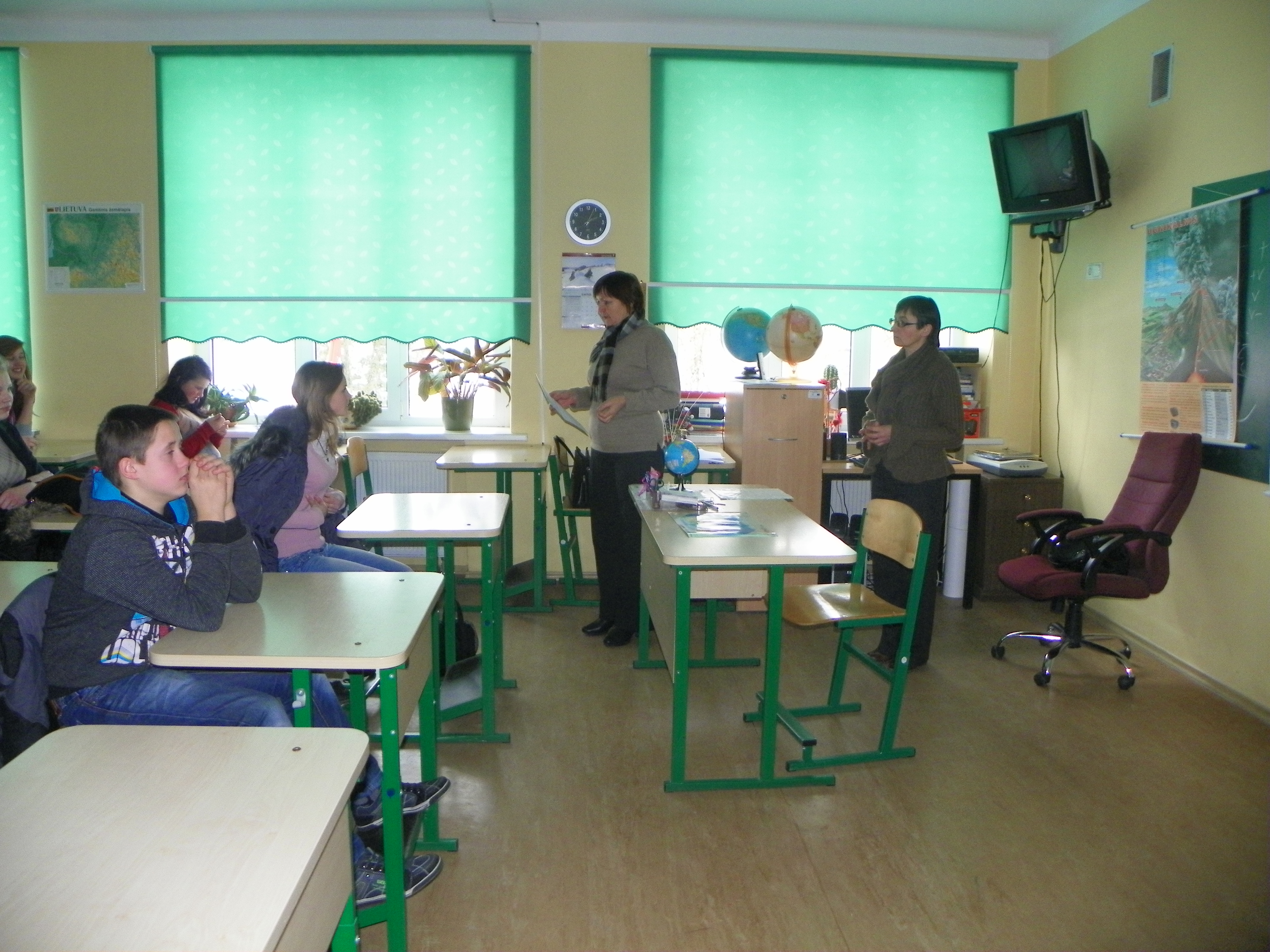 In November, 2012 I participated in Centropa seminar in Vilnius. One of the films we watched there was Haya Lea Detinko life story. The film was in Russian with English subtitles. As a teacher of English I started to cherish an idea about using this film in the lessons of foreign languages. (English and Russian are the foreign languages taught at our school)

I invited my colleague, a teacher of Russian, to plan joint activities on January 27th and to commemorate the victims of the Holocaust. We both watched Haya Lea Detinko film and my colleague teacher Alvyra compiled a vocabulary of Russian words, then I matched audible Russian words with the ones from English subtitles. We added the list of specific Jewish terms that are mentioned in the film. Each of our 9th formers got a list of words. We analysed and translated the words and thus every students had his own multi lingual vocabulary. They used it while watching the film. The teacher of history was involved in this activity too. He was asked to explain the students why January 27 is called International Holocaust Remembrance Day.  He also shorly explained the beginning of WWII and the changes in the world map so the students could better understand the historical background of the film.

There was no need to do any changes in timetable, as on January 27 English lesson was the last. Having watched the film we went to the place of mass graves in Jieznas and commemorated Jews who were shot in 1941. TSeveral members of school community joined us and shared the reminiscences of their grandparents.