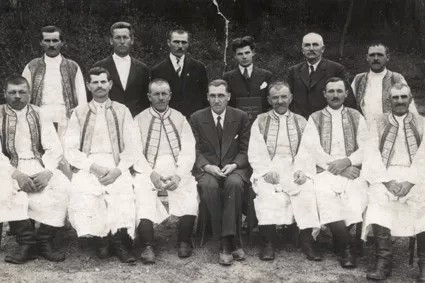 This photograph was taken between 1940 and 1942 in Muranska Lehota, and shows the members of the town council. My grandfather Eduard Engel is in the top row, second from the right.

My paternal grandfather, Eduard Engel, was born in Zavadka nad Hronom in 1874, but then settled in Muranska Lehota, and that's also where he died in 1944.

Muranska Lehota is a very small village, so Grandpa Engel was a universal merchant, a pub owner and a butcher. Sometimes it may have been necessary to struggle through life, especially for my grandfather in Muranska Lhota, but he managed to make a living.

My grandfather spoke Polish, Hungarian, German and of course Slovak. He wore normal, civilian clothing, and a large moustache, which I apparently used to pull on. Absolutely no one in our family ever wore traditional Jewish outfits. 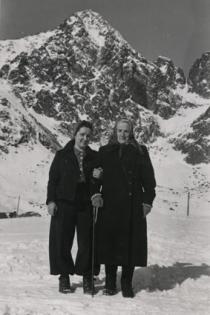 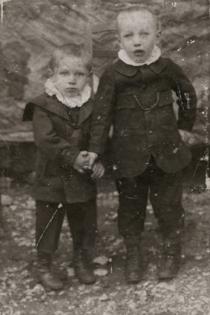 Julius Engel with his brother Jozef 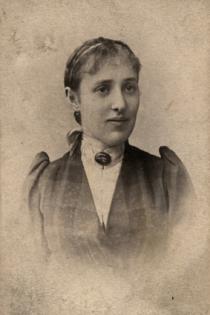 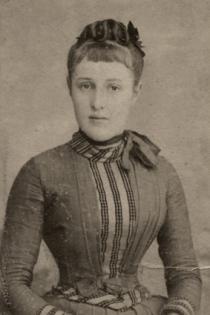 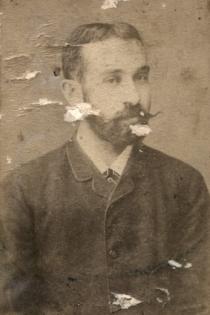 A photograph of the Polak family

The Polak family with friends 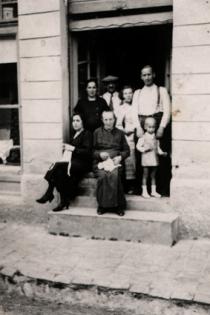 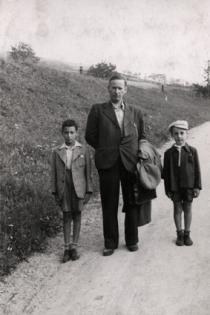 Tibor Engel with his father and brother

Julius Engel with friends from Hnuste