The Student's Film Festival of Hasdeu – the 5th edition 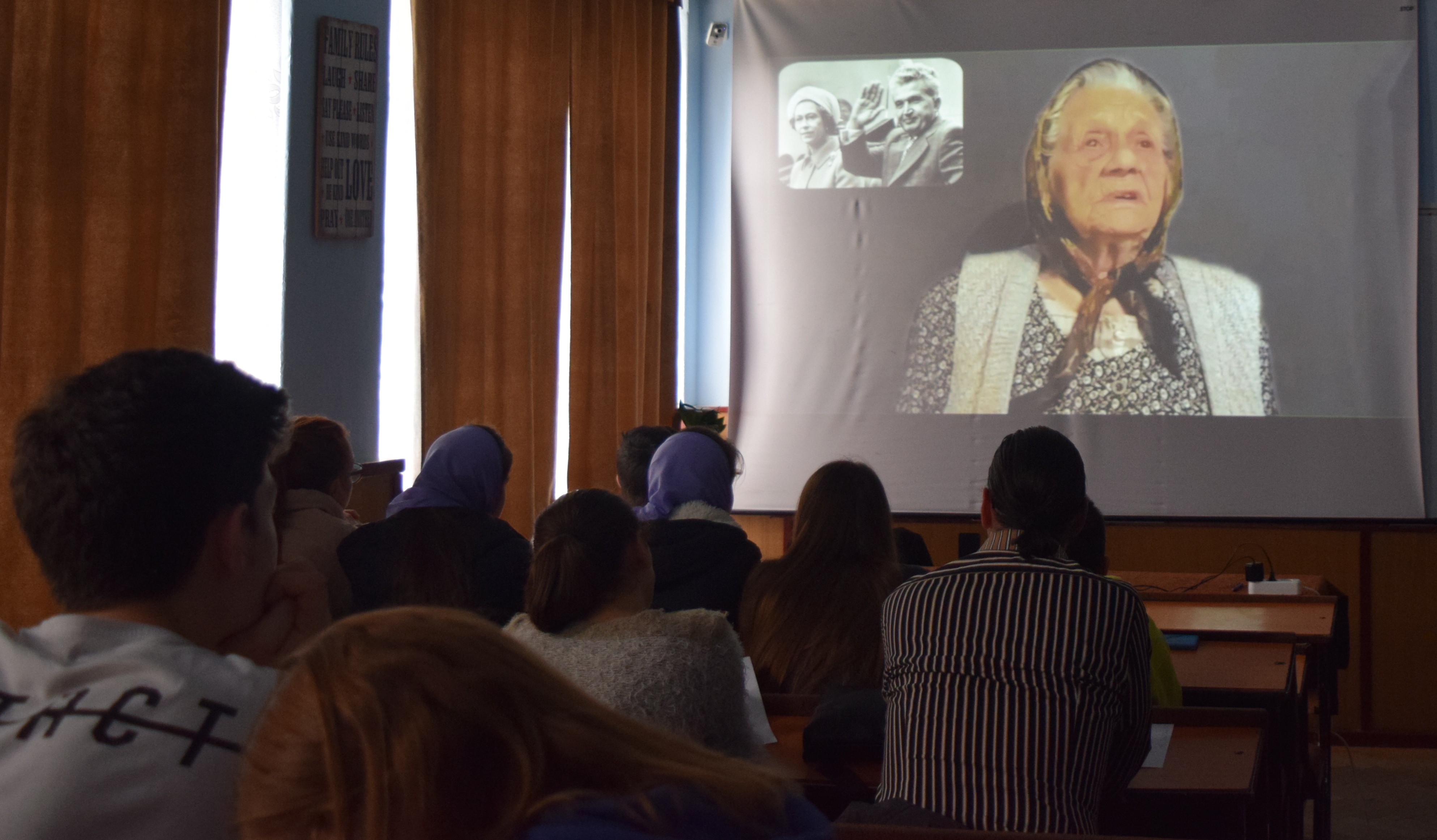 On the 15th of November 2017, the final phase of the Student's Film Festival of Hasdeu – the 5th edition, took place at the National College “Iulia Hasdeu” Lugoj. During this project the students of National College “Iulia Hasdeu” Lugoj realised short films themed “The history of my family”. In those short films the students used old pictures of their families and took interviews featuring their grandparents and parents.

During the festival, films made by the students of “Iulia Hasdeu” earlier this year, in spring of 2017, made for the Centropa Movies Remake project, were presented as well.

The big prize was won by the film called “Bunica”(“The Grandmother”), realised by a team made out of Stanciu Alexandra, Turcu Cătălina, Pelepeț Alexandra și Samscky Andrei (class IX D), and „The early life of S.D.” made by Suciu Bogdan (class X A).

This project was cofinanced by the County Council of Timiș through the „Agenda Culturală” (Cultural Agenda) programme and by the NGO Animus Libri and during it, approximately 60 short films were made. A major part of those were rewarded with diplomas and T-shirts featuring the specific project logo.