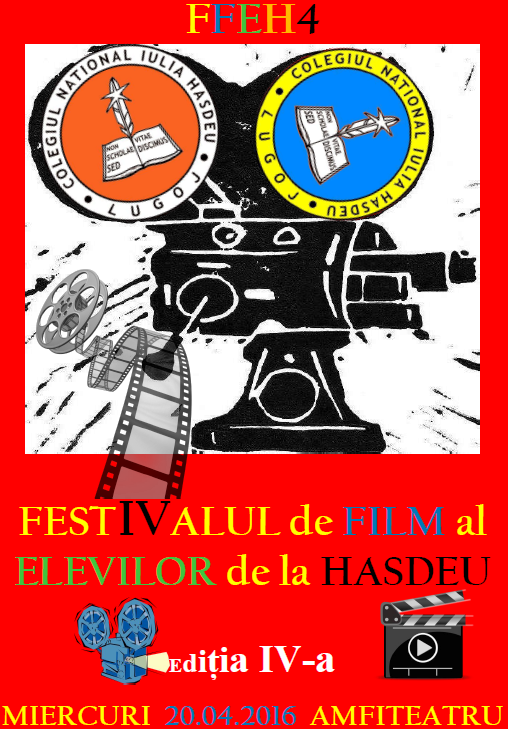 Wednesday, the 20th of April 2016, the fourth edition of the Students' Film Festival (FFEH4) took place at the National College "Iulia Hasdeu" as one of the activities during Alternative Week. During this edition of the film festival, 97 film entries have been submitted by students from classes X A, X C, XI A and XI E. The theme of the short films creaed by the students was "My family’s history".

The jury awarded the grand prize to Laura Sârbu (student of class XI) for the movie "Broken wings". The movie tells the story of the student's grandfather who suffered at the hands of communist prisons. For extremely creative and sensible movies, First Prize was awarded to students Nicolae Novăcescu, Larisa Keszek, Miruna Fodor, Nicoleta Osiceanu from class XI.

All of the participants have received awards including diplomas and T-shirts illustrating the project sigil. The coordinators of this project were Horațiu Suciu and Monica Suciu. The project was financed by the Timiș City Council through the programme Cultural Agenda and by the ONG Animus Libri.