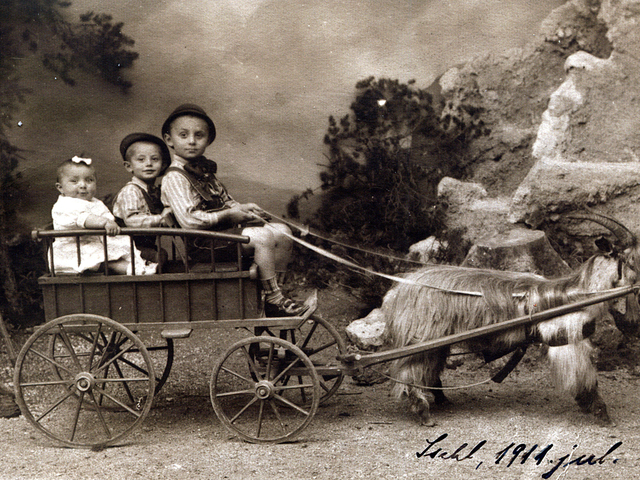 Since 2000, Centropa has interviewed 1,200 elderly Jews still living in the 15 countries between the Baltic and the Aegean (from Estonia and Russia to Greece and Turkey), but we never used video nor did we focus primarily on the Holocaust. You can download the full list of interviews and scanned pictures here.

Instead, we collected and digitized thousands of family photos. Our interviewers spent up to twenty hours with each respondent, asking them to paint for us a picture of the world they grew up in - as well as the world they rebuilt for their families after the war (we also dutifully record everything our respondents wish to share with us about the Shoah).

The interviews are audio taped, transcribed, translated and entered into our searchable, keyworded online database 'Jewish Witness to a European Century.' Most stories are in English, and we have separate websites and search facilities in German (for our Vienna-based interviews) and in Hungarian. Historians and other researchers are welcome to contact us to read our original transcripts.

During the period when we carried out most of our interviews (between 2000 and 2007), more than 140 interviewers, editors, historians, scanners and transcribers worked for us in Russia, Ukraine, Lithuania, Latvia, Estonia, Poland, Hungary, The Czech Republic, Slovakia, Austria, Romania, Bulgaria, Greece, Turkey, Serbia and Croatia. Co-directors of our interview project were Eszter Andor and Dora Sardi.

Special thanks to Dr Margalit Bejarano, Director of Oral Histories at Hebrew University in Jerusalem, who attended our seminars in St. Petersburg, Budapest, Thessaloniki and Istanbul and made invaluable suggestions regarding our methodology.

What you can expect from a Centropa interview
As stated above, nearly all our interviews were conducted with Jews born before 1932 and who were still living in Europe at the time we interviewed them. We conducted a half dozen or so interviews with Jews who had emigrated to Israel and none living elsewhere. It is not that we did not want to speak with Jews who had emigrated; it was simply a function of funding and organizational capacity (which has to do with funding).

Further, our primary goal was to ask the oldest living Jews still living between the Baltic and the Aegean to share with us their stories of the century as they experienced it. Considering all that they had gone through, we wanted to provide historians in the future with as complete a picture as possible of the Jewish experience in this region. No one else had done this before us; no one has done so since.

This means, however, we have no interviews with orthodox Jews, since all those who were truly observant left our target countries with the coming of Communism. While some younger Jews in these countries profess to be orthodox today, they did not live as orthodox Jews during the Communist decades. In Austria, where we did conduct more than one hundred interviews, no orthodox Jews wished to be included in our project.

Oral histories and contemporary documents
One cannot compare the stories told by someone in their eighties looking back on their youth with reading contemporary letters or journals. There is no doubt that time softens the harder edges of memory in a great many ways. We at Centropa highly recommend all those interested in personal stories read Awakening Lives: Autobiographies of Jewish Youth in Poland. The book is a compilation of the best essays written by young Polish Jews in 1939. The competition was held by YIVO, and obviously, none of the writers had any idea of what lay in store for them.

We also recommend the Hungarian and English language website of DEGOB, in which Jews just returning to Hungary from the concentration camps were asked to recount all that happened to them. These stories are filled with bitterness, rage and sorrow, as one would expect.

Our methodology
Many of our interviews are the result of visiting our respondents two, three, four or more times over the course of a week or two. Our goal was not so much to interview someone as to build a relationship with them, so that we could hear and record their stories.

How did we do that? By developing a methodology that breaks a life history into many separate chapters, and taking the time to explore each of those chapters with our respondents. Subjects covered were: about my town; my grandparents; what my parents did at work; school stories; youth clubs, etc.

Below are links to our interviewers’ workbooks in English, Hungarian, Russian, Romanian, German and other languages. The English one is the most complete, and goes into great detail on how to scan photos, how to ask questions, how to use our database.