Looking back: a child's recollections of the Holocaust through the eyes of the children of today 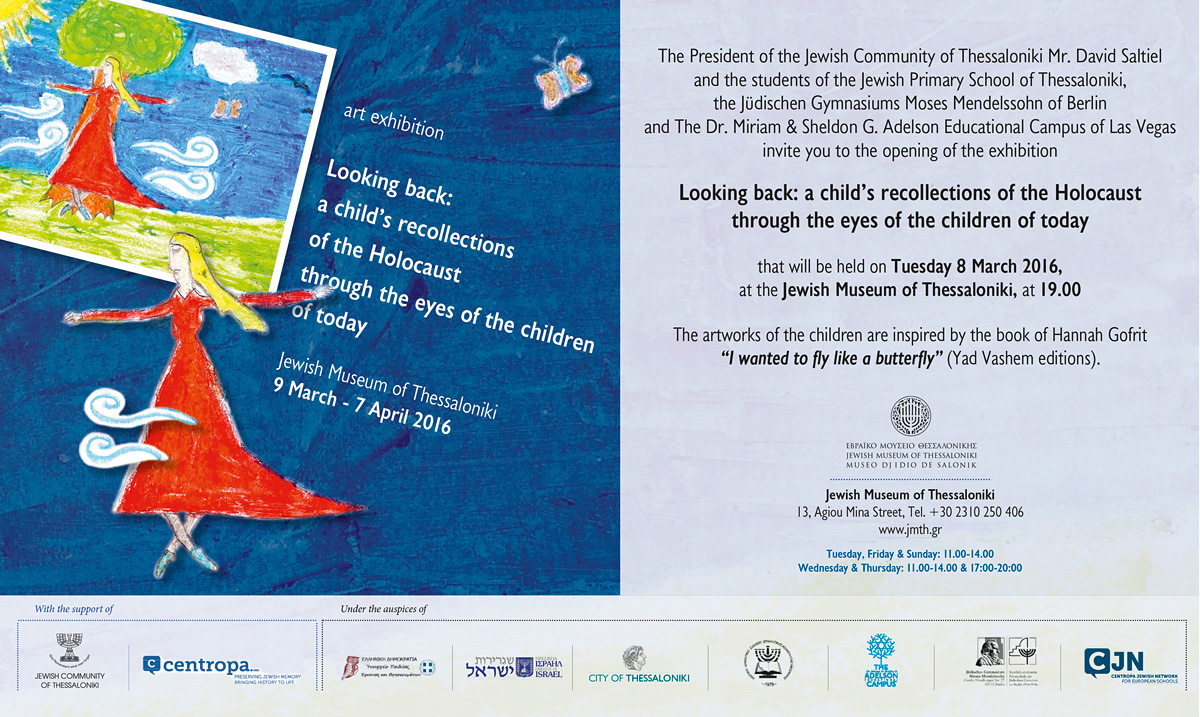 The Jewish Primary School of Thessaloniki with the teacher Stella Kalle,the Judischen Gymnasiums Moses Mendelssohn of Berlin with Roni Zuntz and the Dr. Miriam and & Sheldon G. Adelson Educational Campus of Las Vegas with Tobin Herringshaw decided during the CSA 2015 to work on a common project: to read, discuss and be inspired of the book "I wanted to fly like a butterfly" by Hannah Gofrit (Yad Vashem ed.). The content of this book was the initial inspiration of a final art exhibition, where total 40 exhibits were displayed, all of the them art works of students of the 3 mentioned schools. The exhibition was presented at the Jewish Museum of Thessaloniki from 8 March 2016 util 7 April 2016. It was held with the support of the Jewish Community of Thessaloniki and of the Centropa Jewish Network. Also it was under the auspices of the Greek Ministry of Education and Religion Affairs, the Embassy of Israel in Greece and the Municipality of Thessaloniki and it was included in the commemoration events of the 73 years since the first train that departed to Auschwitz-Birkenau.

There were many articles on newspapers regarding the exhibition and many schools visited it at the museum.